The last village on the northern border of the Municipality of Aridea, is Archangelos. The view is magnificent as it spreads the wonderful plain of Ano Almopia, overgrown to its last edge. To the south rises Paiko, a calm dirt mountain, covered with beeches and oaks.

The village used to be called Ossiani. It was renamed Archangelos in 1925 from the name of the Holy Monastery of Archangelos Michael which is built on an ancient sanctuary. It was set on fire around 1790 by the Islamized Vlachs of the Notia Village and was rebuilt in 1843.

The cherries and potatoes of the area as well as Archangelos buns are famous. Archangelos with its beautiful square & its historic monastery is a beautiful village to visit and discover. You will find all the amenities such as rooms for rent, cafes, taverns and traditional cafes. The holy monastery of Archangel Michael, is literally enthroned in a natural expanse with a high altitude and from there, from the NE. peaks of Paiko, oversees the peaks of Jenna and Pinovo in the northern plateau. Its building line is simple and imposing. It is 40 km from Aridea, through a very beautiful and quiet route. The history of the monastery is identical with that of Almopia of recent centuries. Time, you have the feeling, that it is frozen in its walls.

It is probable that this was done in memory of the salvation of the inhabitants of the village from the fury of the Islamized on the day of the feast of the Archangel. With its re-establishment, the monastery regains its properties with an official document of the Turkish administration. Then begins her intense spiritual and educational activity. Greek letters are taught in her cells. The first literates come out of the monastery, who in turn educate residents of the wider area. Over time we reach the legendary era of the Macedonian Struggle. The monastery contributes, with the offer of its spaces and the conspiratorial work of its monks, to the great national cause. Its current position, its natural accesses, turn it into a station for the passing Greek guerrilla corps.

According to the reports of Greek officers, the monastery is considered a central weapons depot. Captain Matapas was hospitalized in her cell from December to February 1905, when he broke his leg. He himself often used the disguise as a priest of the Monastery to cover himself. Apart from the famous captain, other fighters, such as Valanis and Dragas, resorted to it for supplies and rest. This activity was quickly realized by the komitatzides, but they were limited to written threats. Letters from Apostol Petkov, the chief of the ombudsman, with such content are still preserved.

Today it has six monks and one probationer. It is under the spiritual guidance and blessings of His Eminence the Metropolitan of Edessa, Pella and Almopia. Joel.

At 39 km from the village and at 65 from the Loutra Pozar , a scene that looks like a fairy tale is what anyone in the famous waterfalls of Skra sees. In the northwest of the prefecture of Kilkis, outside the historic village of Skra (known for one of the most important battles of the Macedonian Front during the First World War, in May 1918), on the slopes of Paiko, the mountain that “shares” in the prefectures of Kilkis and Pella, are the famous waterfalls and their impressive lake.

In the dense forest, on the road that connects Skra with Archangelos, are “hidden” the waterfalls, which impress with their amazing beauty and their fascinating spectacle. The water falls with momentum forming waterfalls of different sizes while its roar eliminates any other sound.

Nearby is the uniquely beautiful Blue Lake or “Galazia Limni”, an admirable creation of nature. The dozens of streams of Mount Paiko end at the waterfalls of Skra and from there, the crystal clear waters fall to the spot creating this beautiful lake. 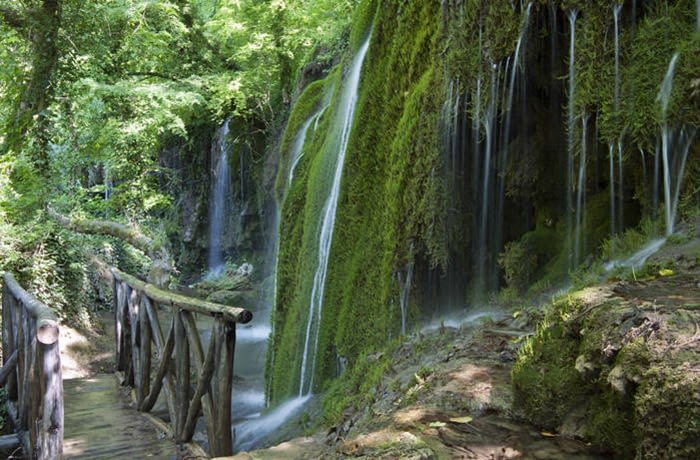 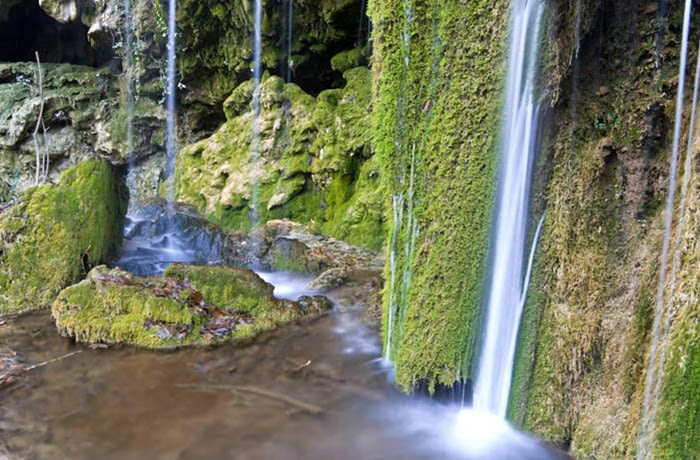 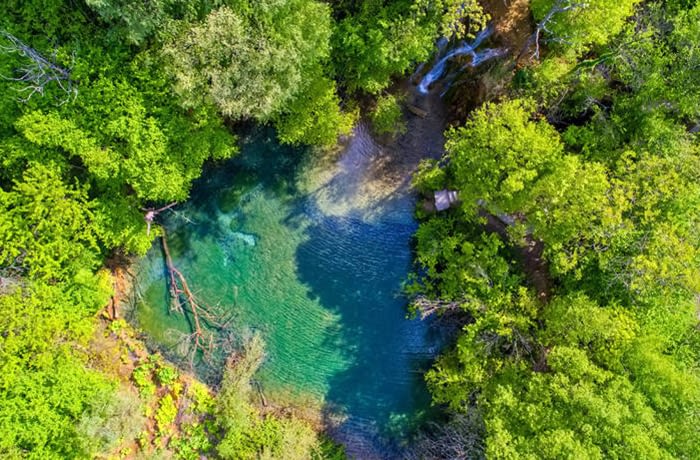 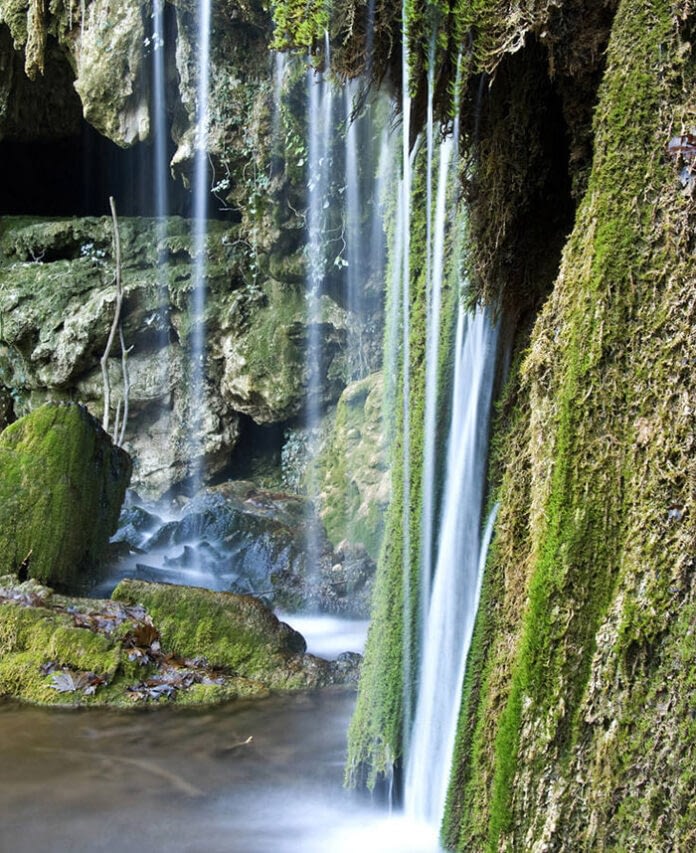 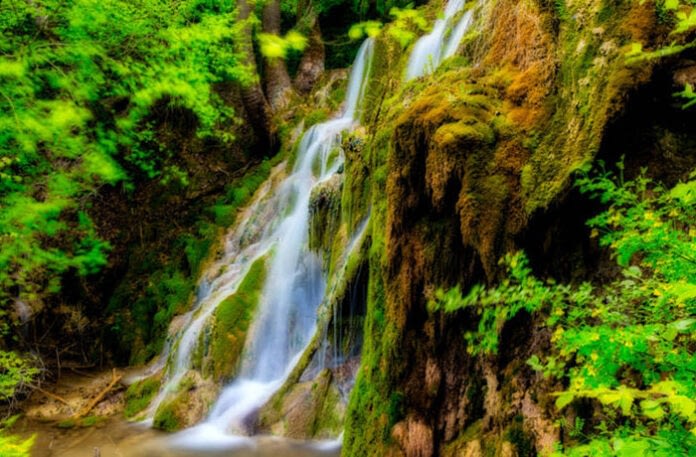 Emmanouilidi's Guesthouse will open its doors again on 15/05/2021 according to the decree of the prime minister. We adhere to strict measures for your maximum protection and we will do whatever is necessary and needed from now on according to the instructions of the competent bodies. We are here to provide you with great accommodation experiences. We consider it necessary to contact you and inform you about the measures we take to ensure the health and safety of our facilities.

We faithfully follow the cleaning, hygiene and disinfection protocols. For the treatment of Coronavirus (COVID-19), additional safety and hygiene measures have been put in place during this period according to the KYA (1881 / 29.5.2020). As a result, some services and facilities may be limited or unavailable. Protocols include:

Taking into account current concerns about COVID-19, we have established accommodation rules to ensure, along with hygiene protocols and operating procedures, the well-being of our guests during their stay with us. These rules include:

As for the Thermal Springs, will open 31 May with the following restrictions that were valid a few months ago:

As part of our commitment to the health and well-being of our visitors, employees and society, we are closely following developments related to COVID-19 with updates and guidance from E.O.D.Y. and the Ministry of Health.

Based on the guidance we have received and the general state of our readiness, we are confident that our facilities and services will still safe.

Our goal is the high level of individual, social and professional responsibility. We appreciate every visitor who honors us with his presence at our destination.